Showing posts from January, 2010
Show all

The Science of passion?

January 27, 2010
Can social science academics write with passion (pre-tenure of course)! After all, didn’t many of us get drawn to this field because we were just innately and insatiably curious about everything and better yet, wanted to be paid to think deeply about it, and share this through our teachings and writings? I love the drama of writing…truly. Just coming up with titles gets me in a tizzy. Isn’t it better to say “I can’t do Barbra” than “Social Learning in Multi-contextual environments?” [See this article of mine, http://www.payalarora.com/Publications/EdPhil-TheoryJ-2008.pdf ]. Does this compromise on what I’m saying or does it enhance the experience of thought? I mean, our social scientific methods can keep us disciplined enough to control our biases but it’s our biases that makes for real passion!
Post a Comment
Read more 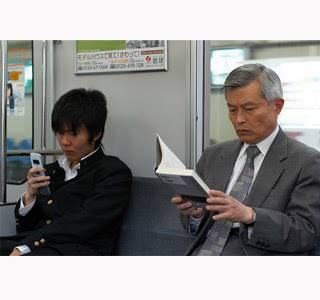 We are obsessed with difference. No doubt that every technology impacts society. No doubt that every new generation gets accustomed to certain unique ways of communicating through novel mediums. It is therefore natural for people to be concerned with “generation gaps.” The acceleration of technological change is assumed to create an acceleration of difference. Yes. It is assumed however but not determined. Expectations are but one aspect of new technology usage. We forget though that most technologies are used to fulfil something very basic and fundamental – the fostering, strengthening, and enhancing of relationships. The end incentive is not to maximize new technology but to maximize human relationships. Thereby, regardless of the widening spaces between generations, the panic of “mini-generations gaps” needs to be grounded; to remind oneself that people will continue to use a plethora of technologies to stay in touch, to connect, and to share. When I moved to the US from India in 1
Post a Comment
Read more

Soap Opera of Google and Apple- Are we missing Microsoft as yet?

January 05, 2010
Strange how we now read news of Google and Apple having a face off with each other with little mention of our good ole timer Microsoft. Google releases their Nexus One cellphone against the popular iPhone model, quite a bold step into the highly marked territories of Apple. In turn, Apple has just acquired Quattro Wireless, a mobile advertising company. The stakes at this turf war seem serious. And much like a good Hollywood script, the cast of characters are set. Apple and Google, who bonded in the past over their mutual enemy, Microsoft, are now finding themselves in line of each other's fire. The question is...why is Microsoft silent in all this? Is it because its had its time of day? Is it because Microsoft without Bill Gates is like a sizzler without the sizzle? Or is Microsoft learning the benefits of spectator sport?
Post a Comment
Read more

January 05, 2010
The Global Communication Association conference held at Bangalore was fascinating not just in its rituals [the only conference I ve been to that actually has politicians addressing the audience for almost 2 hours] but also its allowance for more "meaningful networking." Yes, this seems like an oxymoron but it did play out, genuinely so due to the critical size of the attendees. Few of us, including Yahya Kamalipour, Head of Dept of Communication and Director of the Centre for Global Studies at Purdue University, Orayb Najjar from Northern Illinois University, and myself got invited to speak at Manipal University on the topic of "Rethinking the Media Manifesto for an Equitable World Order." This was facilitated by the very challenging MD Nalapat, UNESCO Chair at Manipal University. Check it out... http://www.daijiworld.com/news/news_disp.asp?n_id=69015
Post a Comment
Read more
More posts