Showing posts from February, 2010
Show all

February 26, 2010
Good intentions drive me mad. The moment you start talking about intent, it means you've failed in what you were trying to achieve right? I'm a victim of my own good intent. In class, I want to talk about countries and people that have been made exotic over decades if not longer; I want to talk about countries that have been written off as poor, corrupt and pretty much basket cases of the world. Say you bring up Ethiopia, besides our Michael Jackson's We are the world pop song charity event and famine jokes (that apparently is now off the politically correct radar on what can be made fun of), what comes to mind in the average youth? Or take South Africa and but for our man Mandela and Bono duo, rugby, and apartheid, it's pretty much a frozen picture. The idea here is to get to be less myopic about the world and more excited about global dynamism n all. Sounds all noble but hey, intent is pretty much always screwed. This is why. To talk about a context, you've g
Post a Comment
Read more

ATTENTION Please! Is shock the only way out these days for social marketing? 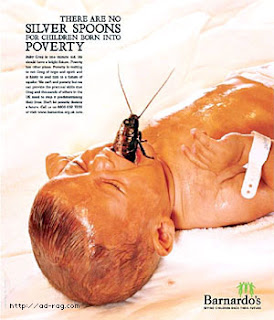 Marriage versus an affair

February 12, 2010
I confess..I'm a PC person...PC has been my companion for the last 10 years...we now have a solid marriage; you know the kind where you know exactly what to do to get PC all fuzzy and happy; learning to tolerate and then actually start to like its quirks and moods; got great memories of us trekking the Himalayas to the villages in Guatemala. They say he doesn't look like much but I say that he is a grounded guy, who has no problem in roughing it. They say that he is too much of a common man, sort of like a village bumpkin, not very sophisticated, not very visionary but I say, he is truly worldly and that the great thing about being common is that he relates to more people than not. So in comes Mac, the slick talker who struts his style. In fact, my parents hooked us up with the best of intentions. I was gifted the MacBook Air, slim, sexy and seductive. But come on...I feel like if I sneeze, Mac may just fall apart! Its so delicate and light that you wonder if its really designe
Post a Comment
Read more

February 10, 2010
Sinatra has done it again...no, not got the hearts and minds with his music but rather, got the hands to work overtime; apparently, people in the Philippines are  busy stabbing each other over the singing of "My Way." Alright, I'm falling into the usual sensationalizing of such news as it makes good copy but with the recent murders happening in the guise of Filipino passion for this song, this has taken on quite a legendary status.  Its strange to associate such violence and rage with karaoke, especially since I've been touting karaoke as an amazing tool for social engagement and edutainment from my research work in rural India. http://planetread.com The Same Language Subtitling project that I researched on was pioneered by Dr. Brij Kothari. The idea is simple really...people in rural areas watch alot of TV, particularly Bollywood songs and the argument goes that if only we put the lyrics at the bottom of the screen that highlighted as it got sang, people would be a
Post a Comment
Read more
More posts