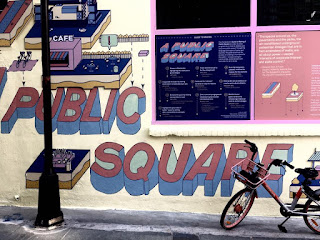 The last two weeks have been thrilling! With my book being translated into Chinese, I got on the road to speak about the "The Next Billion Users"  with academics, development and tech practitioners, activists, and the lay public in Singapore, Macau, Hong Kong and Taipei. The news of the typhoons in China and Taiwan and the ongoing protests in Hong Kong did make me wonder how this would play out, adding a streak of adventure to this whole journey. But not only did everything run smoothly, but people across board were so extraordinarily kind, hospitable and generous with their time and attention that I am determined this is just my beginning with this region.

The book talks started at the launch of the Innovation lab in Nanyang Technological University (NTU) in Singapore. The workshop aptly called "Interrogating Innovation"  brought together speakers from across disciplines and countries and shed light on the obsession with innovation, the implicit normative meanings around this term and the policy and practical implications on tech design and policy: 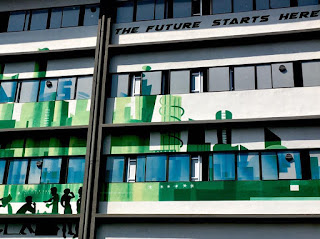 "Although there have been various attempts to define “innovation,” part of its power stems from its polysemic quality. Rather than attempt to add to these definitions, this conference aims to examine what “innovation” does. What work does it do as a discourse or as an ideology? How does it organize and mobilize resources? Who does it include or exclude? How does it shape scientific or engineering practice? How does it shape social and urban relations?"

I got to see the Innovation zones in One North and we were very lucky with the timing as there was an open house policy during my stay there. What was interesting is the deep involvement of the state and the university system in this initiative. While media outlets love to perpetuate the lone entrepreneur in the garage tinkering away breakthrough tech, in reality it is and has always been a deeply top down process with the state and the tech empires steering those below to create something novel. 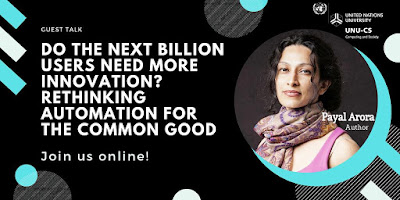 From there I headed to Macau to talk at the UN University and hold a webinar for the public. It was a great experience and the place itself is fascinating. You learn quickly of its 400+ years of Portuguese colonization through the Vasco da Gama park, the Portuguese street signs alongside Chinese characters, pastel de nata stores all over the place. I had no idea that this place is one of the densest in the world, and had a gambling industry 7 times bigger than that of Las Vegas, and that it had overtaken Qatar as one of the Karen Keith which was a good 20 minutes of conversation on national TV - pretty rare in these days especially given the topic is about digital inequality, technology innovations, globalization and user experiences. 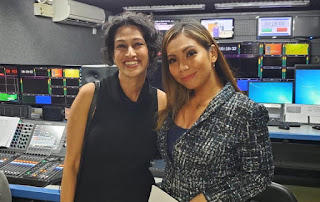 richest per person income in the world. Got to also talk on Macau TV Teledifusão de Macau with the wonderful TV host

Took the Ferry to Hong Kong, which was such a magical experience. A few days back, more than a million protesters had taken to the streets. Yet, when I arrived, it was business as usual and there was no trace whatsoever of the ongoing political developments. I was told that HK people clean up very well after them and this normalcy gives them the stamina to see this through longer term. 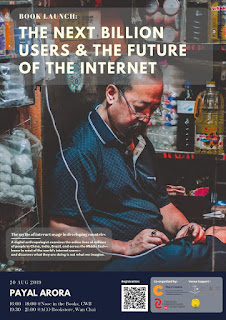 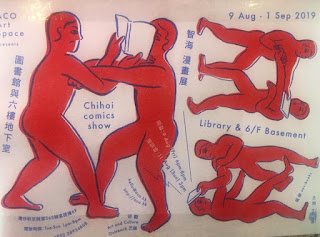 What was very rewarding was to give talks in two unconventional book stores. Nose in the Books is a crowdfunded initiative of allowing anyone to access and read some of the most classic and cutting edge books in this very warm and welcoming atmosphere. ACO bookstore is part of a larger art and literature scene which encourages activists, artists and thinkers to get together and take initiative. I was pleasantly surprised by the number of people who made the time to be there and engage deeply in spite of all their ongoing political unrest. 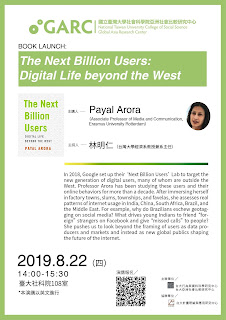 And last but not least, I got to give a talk at Taiwan National University (TNU) and was met with a wonderfully engaged and thoughtful group of students and scholars. People asked about solutions to the growing gender inequality online, the ways in which tech can debilitate as well as facilitate empowerment, and what should be done to institute the global mindset of tech infrastructures with the growing nationalist models in tech innovation. As we walked to dinner, I got to see the train tunnel come alive with Taipei people's support for the Hong Kong protests through their personal messages adorned across these walls.

Overall, this region just filled my heart with so much joy. I fell deeper in love with their food, their cultures, their kindness and humility and am determined this is just the beginning of my journey with these cities. Until next time.
ACO East Asia harvard press Hong Kong protests innovation Macau Nanyang Technological University next billion users Nose in the books Singapore Taipei Taiwan National University United Nations UNU 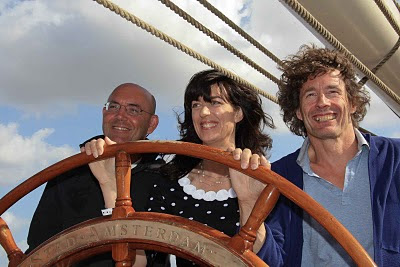 Sarah Darwin talks about Darwin's journey replayed today Like the usual family pressure is not enough, having Charles Darwin as your great great grandfather must hardly be an easy feat. That said, rather than hide from it, Sarah Darwin embraces it openly and audaciously retraces the “emotional” journe, as she calls it, of the HMS Beagle. A biologist herself, Sarah describes how she and her family set sail round the world on the Dutch clipper Stad-Amsterdam, starting at the same port where Charles Darwin embarked around 178 years ago... Check out the TEDx website for more: Sarah Darwin: Following in your footsteps great great granddaddy! AND Peter van Lindonk's talk on demanding creativity as ground for unity for stimulating ideas It’s about time someone added chutzpah into conferences! Aren’t most conferences about remembering the lines but forgetting the theatre of it all? Peter van Lindonk, the co-founder of the annual PINC-Conference, knows this better than most peop
Read more

Brilliant experience in the last two days at Deutsche Welle (DW)  at the FOME Symposium organized in Bonn on  Rethinking media development - New actors, new technologies and new strategies . I gave my keynote on how the rise of the Next Billion users  , low-income users in the global south coming online for the first time, is transforming the media sphere and how we need to center them in our imagination as we proceed to tackle the challenges on how to build a sustainable information ecosystem. Couple of take aways here for the field of journalism and media development when going global with these strategies: 1.  Let us not discount SMS and WhatsApp as the prime and often the sole media distribution outlet. WhatsApp and Facebook is the internet to the NBU market. We need to keep that in mind while we write content for the NBU market and how they will experience it on these devices 2. The internet is the poor person's leisure economy - thereby, for getting them interested
Read more 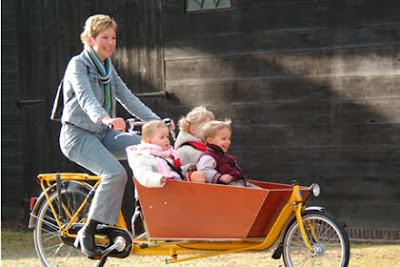 It's been almost a year since I left New York for the Netherlands. In fact, almost 15 years since I left India for the "West" (San Francisco, New York and Boston...got addicted to paying high taxes but apparently not high enough as I decided after all to come to the Netherlands ;-) So, what do I know about the Dutch by now? In danger of reinforcing stereotypes n all, I plunge in... 1) They surely love to smoke. Smoking and cycling seem to be the national commuting style, with no helmets on of course. And this picture comes in family size too- often, a couple of babies are packed in at the front and the back to celebrate the economics of cycling ! 2) They do love their flowers although admittedly not the flower festival as much...I think they surrendered Keukenhof , their annual flower fest to the tourists, willingly might I add. Why on earth they wonder would they PAY to see flowers? Only the dumb tourists and expats like myself would do something so silly. Of cours
Read more