Showing posts with the label blockchain
Show all

Interview with BREAKER magazine on blockchain and equality 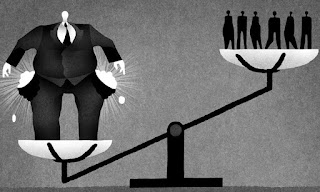 Did another interview today for the upcoming book 'The Next Billion Users: Digital life beyond the West' with Harvard University Press. It was with BREAKER, a New York based magazine with a cool mission...

"Why BREAKERMAG? Because the world is already in tumult—and along comes a new wave of technology promising yet more change. Blockchain—which includes crypto-assets, ledgers that track those assets, and many applications—is upending whole industries, sparking radically democratic ideas, and creating a new elite. As this uprising gathers momentum, BREAKER Magazine is here to tell the stories of this space and to argue about where the world is going."

My interview was part of BREAKER’s Social Good Week, a series looking at ways blockchain technology can engineer progress and help humanity. This was a good exercise to sharpen my argument and apply it to blockchain and other so called technological novelties that are marketed as being game changers and major disruptors …
Post a Comment
Read more
More posts