Showing posts with the label trust
Show all

I have been invited to be on the new advisory committee by Facebook to help scholars independently assess Facebook’s impact on elections, misinformation, privacy and other contemporary and critical issues regarding its usage.   In April, Facebook announced it would be working with a group of academics to establish an independent research commission to look into issues of social and political significance using the company’s own extensive data collection. That commission, called Social Science One has just launched in early July.  I will be on the Asian regional committee and partake in collaborations to assess the impact of Facebook in this region. In the last two years, Facebook tools have not just helped politicians connect with their constituents — and different communities to debate the issues but as we have witnessed, it can be misused to manipulate and deceive.  To keep this independent, it will be funded by the Laura and John Arnold Foundation, Democracy Fund, the W
Post a Comment
Read more

New article out on big data and the global south 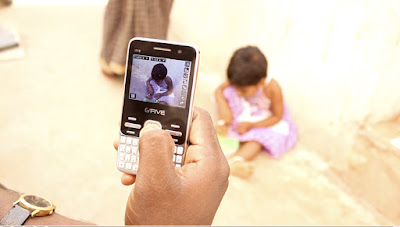 Last year, I initiated the Privacy and the global South Project with fieldwork on digital privacy in the favelas of Brazil, townships of South Africa and the slums of India. Its been an exciting year and while at it, big data is one of those topics that dominate this discussion. So, wrote a thought piece on this for Discover Society which just came out. Check it out if you are interested in how conversations on surveillance, privacy, big data and trust transfer to this much neglected setting and populace.  Big data and the global south project
Post a Comment
Read more

Past as a friendly ghost: The art world all over again… 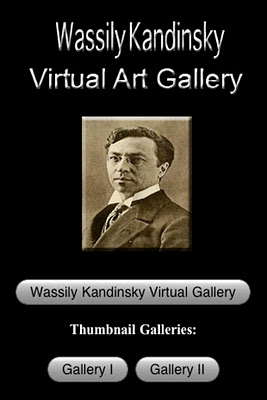 It’s been almost a decade since I left the art world to pursue academia. From convincing CEOs and their interior designer sidekicks to buy a Toy painting from the Warhol series for the children’s room to now convincing students to learn how to communicate when selling themselves and their ideas, things have changed somewhat. But it’s hard to forget the adrenaline of clinching a deal, of convincing your client that a Chagall lithograph was meant for them as you dimmed the lights in the viewing room, got them to nurse some wine and relax on the leather couch in the privacy of the gallery room. In my naïve days, I thought information deeply mattered. I thought a buyer would be interested and would demand knowledge on the background of the artist, their historical significance, the artistic significance of the piece to the provenance of the artwork. Yet over time, you get to realize that decision-making is a more irrational process and rationality comes often after the deal is do
Post a Comment
Read more

On the Internet, EVERYbody knows you’re a dog 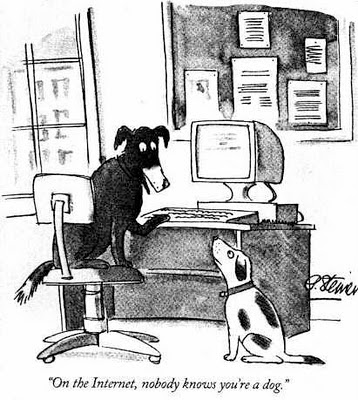 Online anonymity is overrated. Trust. The "real" and the "fictitious" identity socialize in cyberspace. Deception online may not be a morality issue when everybody is doing it; when everybody EXPECTS you to do it; and sometimes, mass deception becomes fantasy, when everybody WANTS you to do it. When it becomes routine social practice, it becomes the norm. Masquerades become carnivals, become temporary and recurring pleasure. "tootsie23@" tells her story for everybody to read. Is it really relevant to know how authentic "tootsie23@" is? Can we use the same moral compass that we apply to books and journals, newspapers and all other kinds of conventional print to online pontifications? The sacredness of print reminds us of its age, its stature - it provides the comfort zone. Even in masquerades, when we reveal ourselves in plain sight, we are still part of the carnival. We are still playing a part. As long as the carnival is going on, we
Post a Comment
Read more
More posts