Showing posts with the label social justice
Show all

Talk at Humboldt Berlin on Tech, Law and Access to Justice 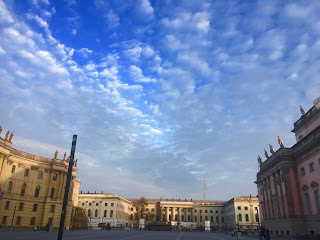 On 28th and 29th of November 2018, I participated and spoke at a workshop titled  “The Future of Law: Technology, Innovation and Access to Justice” at the Humboldt University of Berlin.  The workshop was organised by the Chair for  Public Law and Comparative Law, Humboldt University of Berlin and the Friedrich Naumann Stiftung for Freedom. My talk was titled, "Above the law and below poverty: Databased obfuscations, activism and publicity from the global South." My talk argues that contrary to seeking to be protected through anonymity as the bulk of the current research alludes to, some of those at the margins may choose to put themselves at high risk by being visible and heard. The GDPR, rooted in the Western ideology of individual choice and rights, may have created a privacy universalism, begging the question of whether privacy is a privilege and a luxury. This talk draws from a decade of fieldwork and activism among vulnerable communities beyond the West to grapple with …
Post a Comment
Read more
More posts