Showing posts with the label netflix
Show all 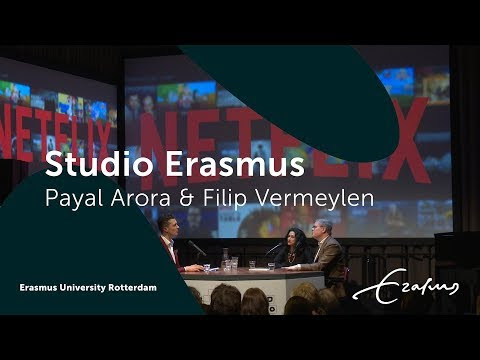 Studio Erasmus hosted an event at the International Film Festival in Rotterdam (IFFR) on h ow does Netflix affect our film tastes? Filip Vermeylen and I were interviewed about the impact of algorithms on popular culture and to what degree did we believe this new innovation was disruptive? Are platforms like YouTube and Netflix restructuring the film and television world? What does the disappearance of traditional 'gatekeepers' mean? And do we actually allow ourselves to be surprised in an age where our media use is analysed in so much detail to create new blockbusters? This was really timely as I have been working on this for awhile now and especially with my new book, I argue that we need to start looking at the worlds majority of young people as legitimate consumers who happen to be outside the West and often in low-income settings. For too long we have had a condescending view that they are criminals and immortal as they consume pirated goods rather than delving into t
Post a Comment
Read more
More posts