Showing posts with the label utah
Show all

Frontiers of New Media Symposium at University of Utah 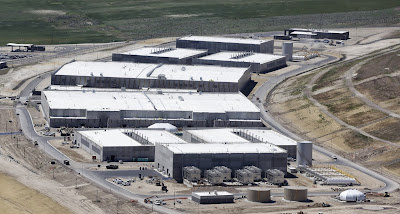 So am back from the University of Utah, having participated in their Frontiers of New Media symposium. The location of Utah is not a coincidence. In 1969, the University of Utah was the fourth of four nodes of the ARPANet. It is popularly believed that the birth of the ARPANet, and later the Internet, marked the beginning of this "new frontier." To top it off, this year, the National Security Agency’s “Community Comprehensive National Cybersecurity Initiative Data Center” will be completed in Bluffdale, Utah. This data center will be a key archive of the electronic communications of individuals all over the world.


In light of the PRISM/NSA scandal, this years symposum theme was "The Beginning and End(s) of the Internet: Surveillance, Censorship, and the Future of Cyber-Utopia." The speakers came from diverse disciplines including law, sociology, cultural studies and communication. Ron Deibert opened the symposium with an alarming keynote on the extent to which we …
Post a Comment
Read more
More posts