January 06, 2011
Today’s world is the world of consumerism. “Access,” even in the most economically disadvantaged areas is less about the basics. In fact, there is a thin line between what constitutes as necessity versus luxury. The farmer wants a mobile to listen to Radio1 94.3; the housemaid in Bandra wants a TV to watch her favorite soap opera; the watchman in Electronic City aims to get a car one day. With India’s massive consumer base of a billion strong, the economy of scale as a perennial cliché kicks in as predictably as ever. So there is nothing new in the fact that new technologies can become accessible at a faster rate in emerging markets than its western counterpart. What is new however is that products today are being developed from the start to be accessible – in one word –CHEAP. Patience is a thing of the past apparently. The new consumer has made the economy of scale redundant here.

The burgeoning middle class laps up the Tata Nano, the people’s car at $2500, an unprecedented figure for an automobile today. The legendary chairman, Ratan Tata remarks: “Today, we indeed have a People’s Car, which is affordable and yet built to meet safety requirements and emission norms, to be fuel efficient and low on emissions,” Mr. Tata added. “We are happy to present the People’s Car to India and we hope it brings the joy, pride and utility of owning a car to many families who need personal mobility.” 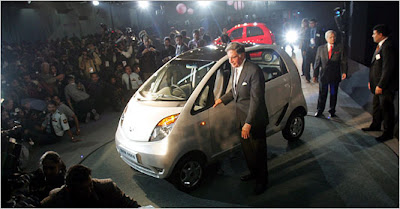 And this seems to be just the start. In the hardware world, the brainpower universities of IIT & IISc have pioneered the tablet computer at the cost of a mere $35 with promises of getting even cheaper for the students. And if we cross over to the medical world, we see pioneering innovations of cost effective treatment in major sectors, from prosthetic legs to eye treatment to HIV drugs, an invaluable model to learn for the West where healthcare is perhaps one of the biggest contentious issues of the day. 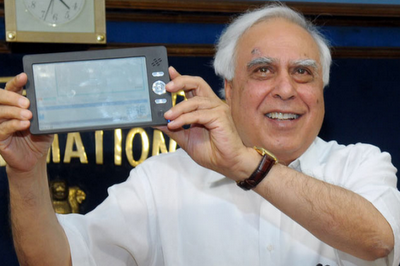 Best yet, cheap is no longer automatically equated to lower quality. In fact, the demanding consumer expects more apps, more features, and more gadgetry for less. Competition and choice have fueled such expectations, raising the bar for innovators. And rightly so. When we look in the mirror, we now want to see not the present but the future. The question is, who will present the fairest future for us all?
computer India ipad jaipur foot TataNano technology

Got fantastic news that my 'Next Billion Users' book by Harvard Press has won the PROSE Award under the Business, Management, Finance category. The Association of American Publishers (AAP) unveiled their Subject Category Winners for the 2020 PROSE Awards honoring the best scholarly works published in 2019. These winners were selected by a panel of 19 judges from the 157 finalists previously identified from the more than 630 entries in this year’s PROSE Awards competition.
What is particularly exciting is to see how digital anthropology on a population that has long been ignored by the market and the state is finally of interest to a broader audience and more importantly, the business and tech sector who is now taking notice of this next billion demographic as legitimate consumers.

While there is concern of hyper commodification of the next billion market, my book actually challenges that blanket and passive approach. Instead, it reframes this engagement and builds nuance and i…
Read more